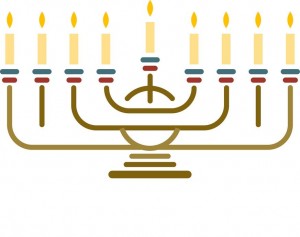 When the Greek Seleucids prohibited the practice of Judaism in the Land of Israel it was one of the many turning points for the Jewish people.  It was also the first time that such a proclamation gave rise to a rebellion, what we call the Maccabean Revolt led by Judah Maccabee, his brothers and the Hasmoneans.  One would think that the suppression of religion would be intolerable and that the lessons of Hannukah would be learned.

Apparently, in American politics and in politics around the world, that is not the case.  In France, the French authorities told the Jewish community not to light a menorah in public for fear of public safety.  The Jews did not listen and lit the menorah anyway.  In Sweden, the Prime Minister and the Foreign Minister suggested that Jews should not show a public affiliation to Judaism so that the Arab population in Sweden should not be offended.  And, of course, in America we have presidential candidates promising to expel Moslems, shut down mosques, prohibit immigration and so forth.  And, in every Islamic country, being a Christian is often a crime.

The Greek Seleucid spirit is alive and well and living in everyone’s backyard.

A different kind of rebellion is needed.  It must be a rebellion where we citizens demand of our leaders the values we claim to uphold.  We must stop sending money to oppressive regimes – including the Palestinian Authority – which encourage the killing of Jews and Christians and Moslems.  We must remain steadfast in our quest for real justice where each of us can practice our faith in peace without fear from our neighbor.  We must demand from the UN – that bastion of Jew-hatred – that it start seeing Jews not as the problem but as the solution.  The Jews created Hannukah and, if we are to be a light unto the nations, the time is long overdue for the world to realize that the Hannukah spirit is the only thing that will bring light into a dark world.

The famous Hannukah song, Rock of Ages, has a line in it that says: ‘In every age a hero or Sage came to our aid.’  Today’s heroes and Sages are  the ones who refuse to light the hannukiah only for Jews.  They light it as a symbol for all people who want to live in peace and justice.  They are Jews, Christians, Moslems, Buddhists, Hindus, Janes, atheists, agnostics, and everyone else who has a religious belief system or not.  The festival of Hannukah is the most universal Jewish festival we have.  Perhaps the time is now to for all people to start lighting those candles and illuminate the darkness.

About the Author: TBM