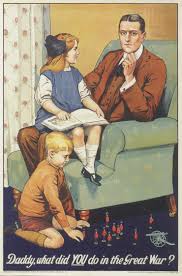 When I was in Religious School in about Grade 7, we began our study of the Holocaust.  Of course, one of the questions that we raised was ‘how could such a thing have happened.’  It was a naive question, I realize now.  Hitler’s willing executioners were not the generals and the soldiers.  They were the tools.  The real executioners – the real power behind the Holocaust – was the general population who stood by, cheered, and thought themselves immune from any bad thing.  I promised myself that should such a thing happen in my lifetime, I will say something.  My God, the time is here and it is time to fulfill the promise.

America is not Nazi Germany.  Yet I am utterly dismayed at what I am seeing.  This is not a conservative or liberal or progressive or even an American issue.  This is a human issue.  Our government is having a field day attacking Latinos, Muslims, African Americans, gays, Jews, and the list goes on.  And now, in a horrifying display of inhumanity – yes, inhumanity – the American government is taking small children away from their parents and detaining them in old Walmarts (to use one example).  How utterly symbolic is that?  The place where you buy cheap goods is now the storehouse for those whom our government sees as cheap and dispensable.  And to add to the historical symbolism, I guess Americans are really no different than Germans who seized children from their parents and told them they were going to give them a bath and they were never returned.  I would say I can’t believe it but, unfortunately, I know how easy it is for us to forget all our childish optimism about how we would act in such circumstances.  Separating children from their parents, regardless of the circumstances, is immoral, inhumane, and frankly disgusting.

And, to add insult and disgust, now the administration is claiming that it is ‘biblical’ to do this under the aegis of ‘following the law.’  I guess these people never really read the Prophets and understood that the foundation of a society is not just the law but its morality, as well.

Evangelical Christians overwhelming support the actions of this administration.  In a totally believable reversal of what we would expect from religious people.  We now know that they are not moral and that the so-called Moral Majority (to use the 80’s term) was, as we suspected, simply a political slogan.  In fact, to reduce cognitive dissonance, those Evangelicals who support this immorality (and it must be said that there are many who don’t and are often vocal) say that what is happening today is so bizarre and so out of the ordinary, that God Himself must have had a hand in it therefore it is holy.  And yes, there are Orthodox Jews who support the same immorality.  I guess the Torah must have changed while I was asleep.  I didn’t know it said,  ‘hate your neighbor as you were hated in the Land of Egypt.’  I missed that class in Rabbinic School.

What I am witnessing today is sickening and I will use whatever voice I have to speak against it.  I will have no fear.  I may even lose friends (Facebook or otherwise!). But I simply can’t stay silent. But that is the price I must pay for having a conscience.  The moment has literally arrived.

In Jewish literature the Sages fantasize what would happen after we die and stand before the Ancient of Days accounting for our lives.  It is fantasy, of course, but it was the Sages’ way of describing the conscience.  Like the poster at the top of this article, it is God asking us – through the voices of our children – what did you do when your voice was essential?  It is the question that this moment demands we answer.  I will not go to my grave wondering if I could have said anything especially since I am privileged to be a public Jewish voice in some degree.

As children are taken from their parents – shall I stay silent or stand up to this immorality?

As the vulnerable and weak are taken advantage of – shall I stay silent or stand up to this immorality?

As the very old and very young fear for their very future – shall I stay silent or stand up to this immorality?

As we conservatives and liberals, Republicans and Democrats do not conform to a party line and are vilified top to bottom – shall we all simply stay silent or stand up to this immorality?

We are the only ones who can allow the corrosion of our soul.  I fear that too many are inviting that very thing to happen.  When hate and revenge and legal justification for persecution and torment takes the place of respect, mutual support and civility, the darkest parts of our soul comes out to play.

The Maccabees of the Hannukah story stood up to injustice and to affirming Jewish rights.  In a way, the Maccabean era has arrived again only now it is not the just rights of the Jews we must stand up for, but the rights of all the weak, the vulnerable and the disenfranchised.  Hannukah has come early this year and the only Hannukah gift I want is for us as a people and nation to embrace what is slipping from our hands; our morality, decency, and love of neighbor as ourselves.