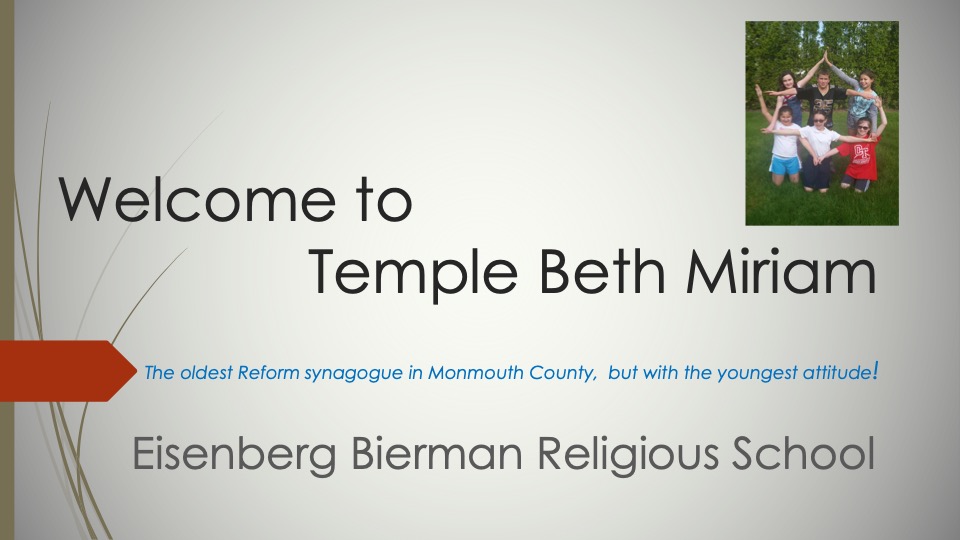 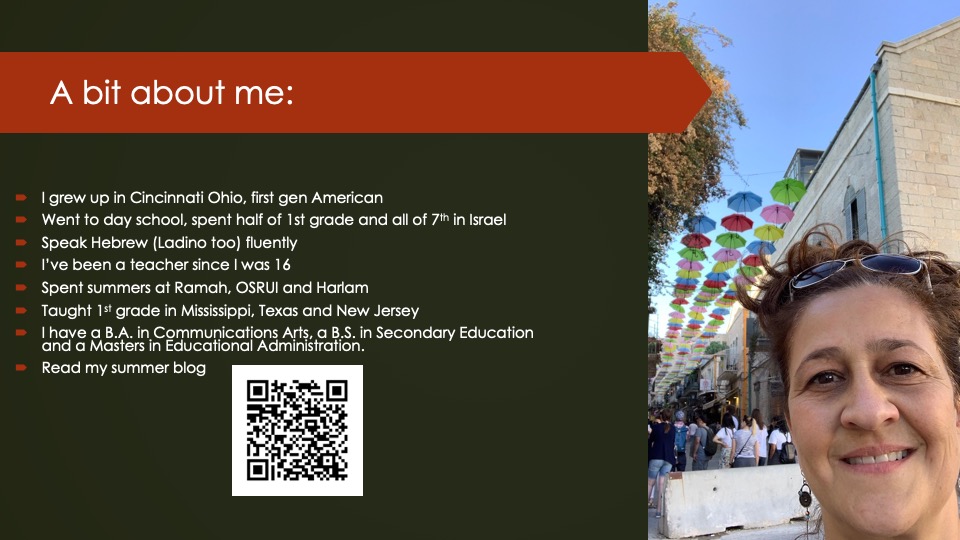 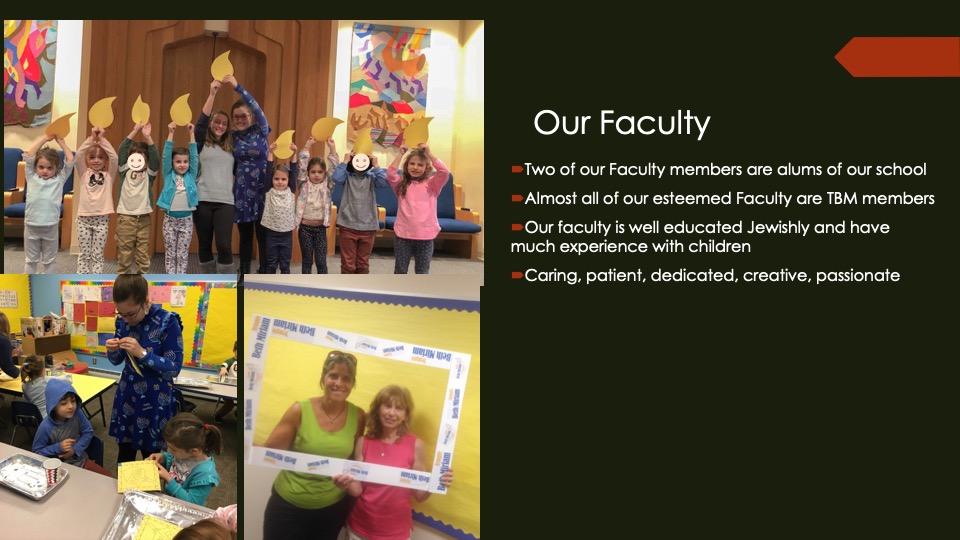 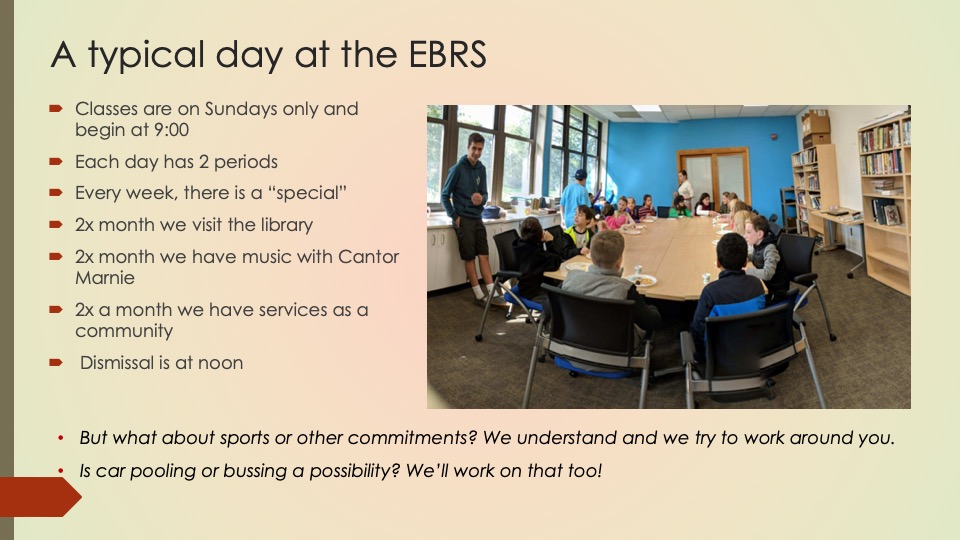 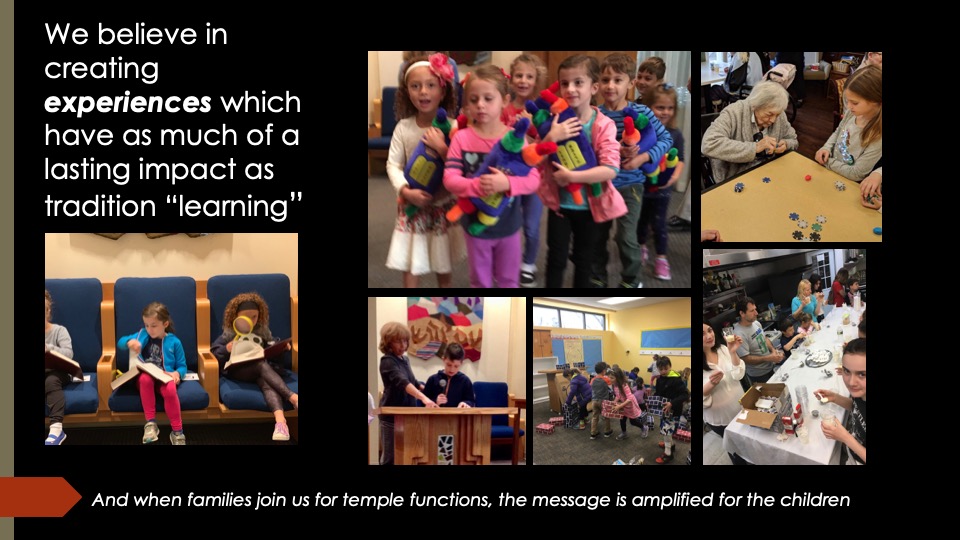 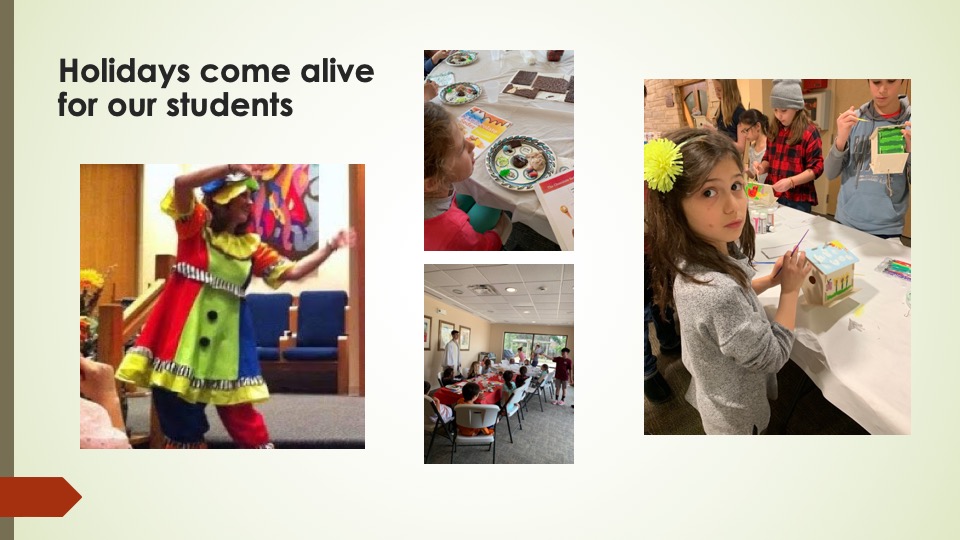 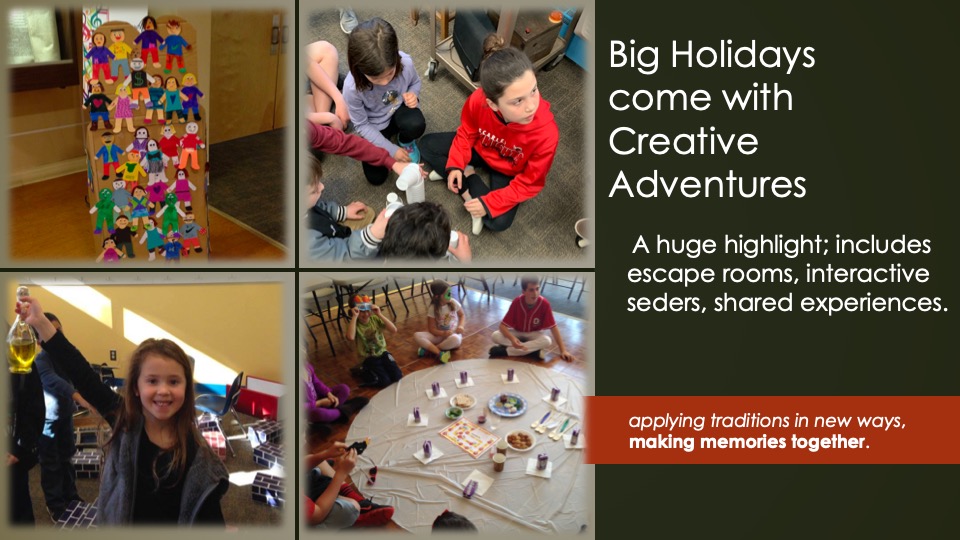 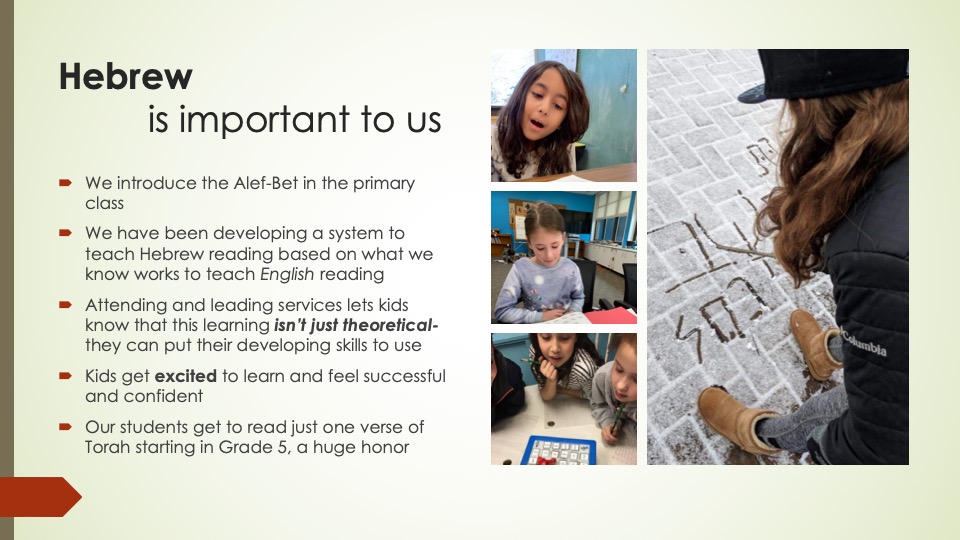 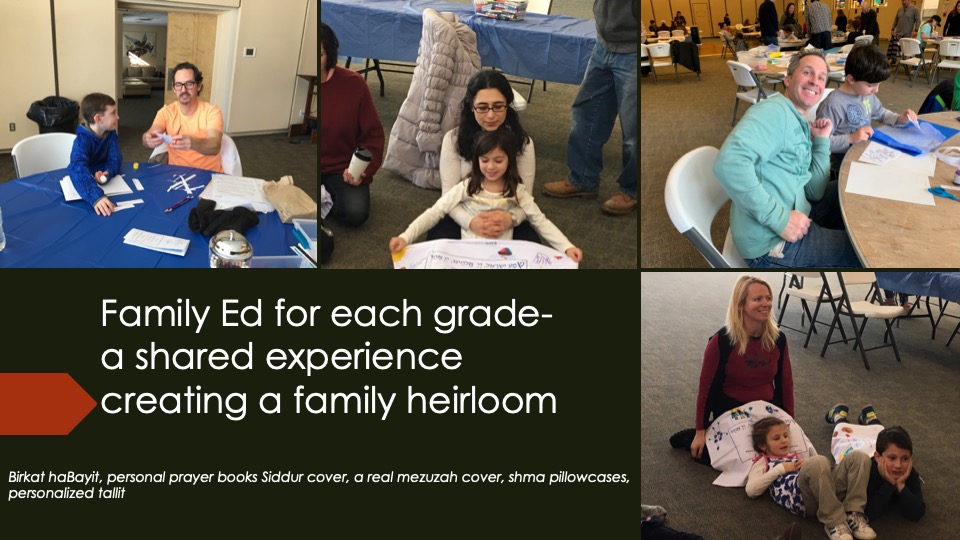 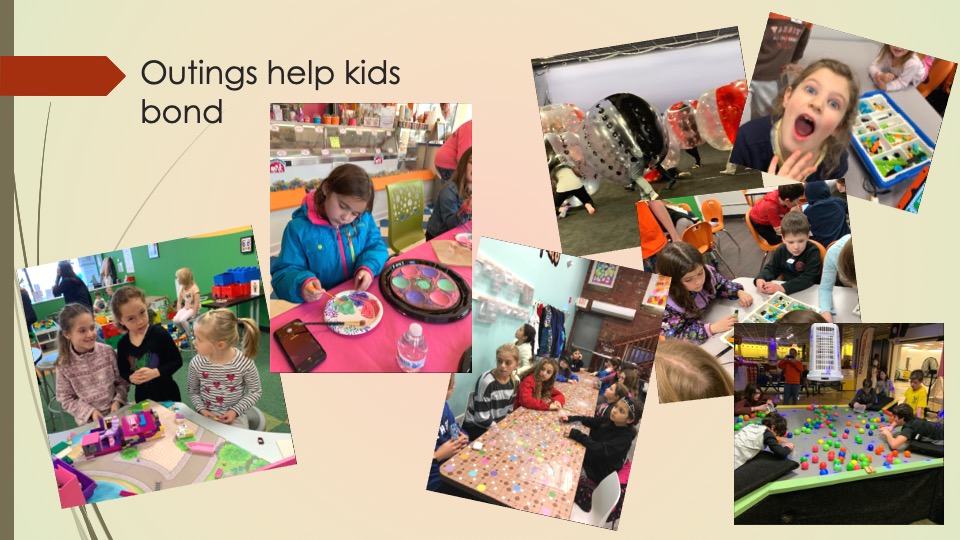 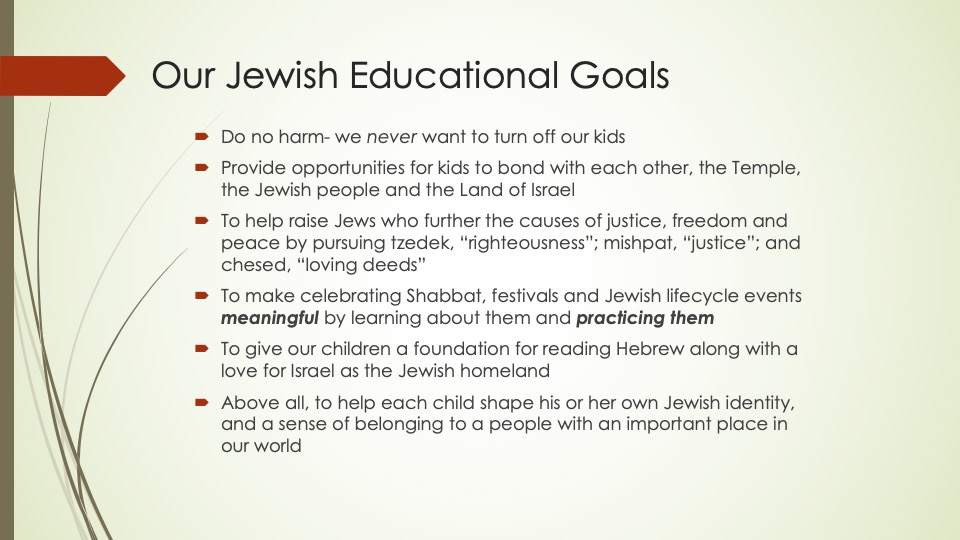 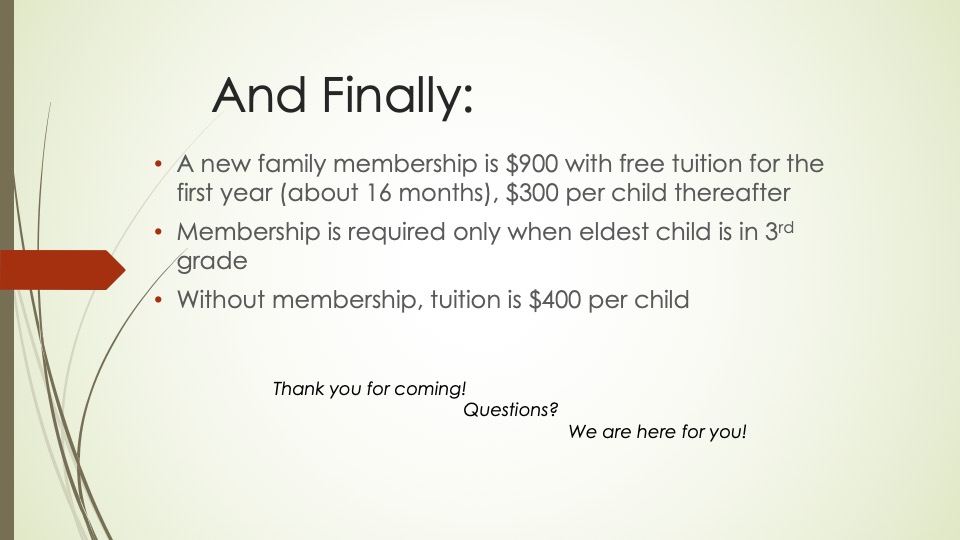 The goal of Jewish education within the Reform Movement is to strengthen faith in God, love of Torah and identification with the Jewish people through involvement in the Synagogue and participation in Jewish life.  Linked to these goals, the programs in the Eisenberg-Bierman Religious School encourage our students to become:

Jews who support and participate in the life of the synagogue

Such Jews will strengthen the fabric of Jewish life, and ensure the future of Judaism and of the Jewish people.


Highlights of a School Year

For a complete list of the school guidelines and policies, please use this link.

Here is the link to the Web Portal. Save it to your favorites on your web browser.

Every family can now: