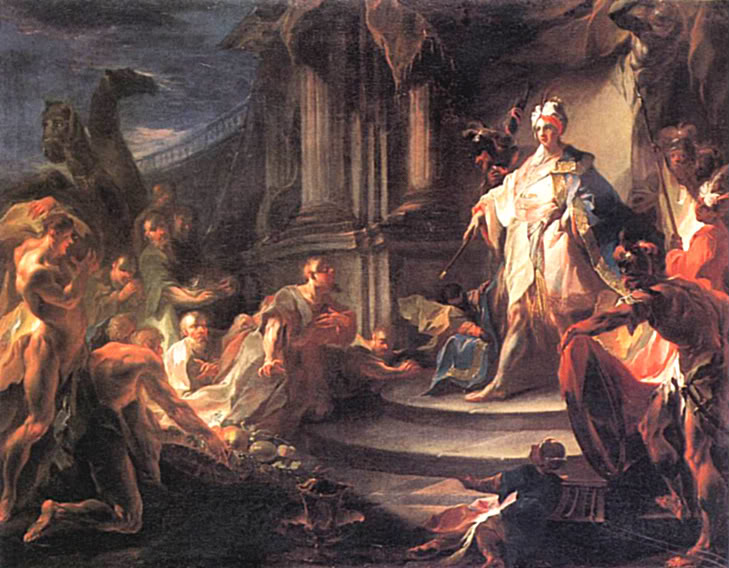 Every novel has a climax.

In what can only be called the first Jewish novel, the story of Jacob and Joseph comes to its climax in this week’s portion.  Joseph, sold into slavery by his brothers, freed by Pharoah, elevated to a position of power because of his ability to interpret dreams and now a man who can save his family who stands before them as they escape from a famine, is about to explode with emotion.

His brothers appear before him and Joseph is no longer able to hold his emotions any more.  The text tells us,

Joseph could no longer control himself before all his attendants, and he cried out, “Have everyone withdraw from me!” So there was no one else about when Joseph made himself known to his brothers.

2 His sobs were so loud that the Egyptians could hear, and so the news reached Pharaoh’s palace.

3 Joseph said to his brothers, “I am Joseph. Is my father still well?” But his brothers could not answer him, so dumfounded were they on account of him.

4 Then Joseph said to his brothers, “Come forward to me.” And when they came forward, he said, “I am your brother Joseph, he whom you sold into Egypt.

5 Now, do not be distressed or reproach yourselves because you sold me hither; it was to save life that God sent me ahead of you.

There are two amazing things going on here.  First, after he makes himself known to his brothers who are stupefied, he asks, “Is my father alive and well?”  He does not say ‘our father’ but rather ‘my father.’  There is a deep and personal connection here that has remained after all these years.  Every child, God willing, has their own father or mother – one with whom the connection is unique.  There are memories that only a parent a child share and special moments of connection that are holy and sacred.  Joseph is telling his brothers that his connection with his father is something that he remembers and cherishes.  And, in doing so, he is telling his brothers that he remembers what they did do him.

And this is the second part of Joseph’s disclosure:  he tells them that it was not they who sold him into Egypt – not really.  It was all part of a Divine plan.  God was one directing the brothers because there was only one way to save the family, and that was to send Joseph into Egypt.

Notwithstanding the difficult idea that God is directing the world and that suffering has a purpose, this pericope is still instructive and worthwhile because it shows a maturity on Joseph’s part.  Joseph felt the Presence of God in the latter years of his service to Pharaoh.  He understood that he played a part in a drama bigger than himself although there was no way that could have known that twenty years earlier.

Joseph was a spoiled kid.  He was not a pleasant guy to be around.  He told tales.  He played father against son.  He was in great need of an attitude adjustment.

The circumstances of his life gave him that adjustment.  He thrives and in asking how his father is and how his brothers are and bringing them to Egypt to save them, he is inviting them to thrive with them.  And, in doing so, he is inviting his brothers to rebuild a shattered family and for each to have a different relationship with their father Jacob built upon truth and not a lie.  Joseph gave them that opportunity.  They embraced it and, in doing so, a family was made whole.

Our journeys have taken us far afield from our families from time to time.  Children have become estranged from parents and vice versa.  Siblings have become estranged from each other.  And too often neither can remember why.  True, Yom Kippur comes to help us focus on rebuilding what we have lost with each other and with God.  But Joseph and his brothers, teach us that Yom Kippur can happen on any day.  Who can really know when God will give us that great day.  Who says God doesn’t give it to us every day?  I believe that is what God does – every single day.